This week, we ask you to help MTHFRSupport to raise $3500. To protect our independence, we have never allowed advertisers on the site. The only products are through direct relationships we have personally vetted. We also have maintained a below-market pricing for Sterling's App and consultations due to our commitment to your health

However, that decision and speaking only what is true has led us over the years to lose revenue, run into search bias for merely speaking truths, even while costs of maintenance, staffing, and time spent on consulting has come at high cost to the business bottom-line. Importantly, our financial and government  obligations have hit critical and we must pay or the site will close down.

If everyone reading this right now gave $3, our fundraiser would be done within a day. That's right, the cost of one gallon of gas is all we ask. We're are a small shop that has kept our data in a closed system to protect your information at a premium cost.

The reports and mission to educate has been critical to bringing health to people. The analysis of Sterling's App has led to international acclaim, but all will be lost if we cannot fulfill our legal obligations. If MTHFRSUPPORT is useful to you or someone you know, please take one minute to keep us online and growing. Thank you.
Donate here today: Donate here (PayPal.me) 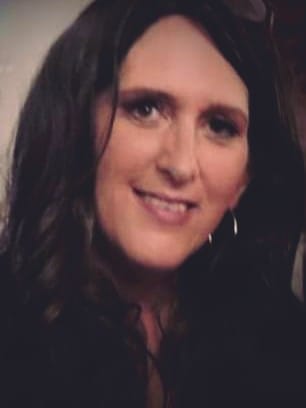 The founder of MTHFR Support, Sterling Hill, was a highly successful businesswoman for many years until 16 years ago when she became ill with clotting issues. She went from physician to physician, but her condition continues progressively deteriorating. She lost everything. As traditional medical thinking was failing, she reached out to the alternative medicine community and the world of epigenetics.

She learned the basis of her clotting issues resided in the sulfation and methylation cycle. After regaining her life from treatment, Sterling realized that the medical and lay community knew little of epigenetics and nutrigenomics. She realized that these subjects were of vast importance to the health of everyone on the planet, often being the proverbial “stone that was left unturned” in chronic illness of any type.

As a result, Sterling launched MTHFRsupport.com to learn and share the knowledge of genetic polymorphisms and their effect on health. Her passion is to help educate the world of the true root cause of chronic diseases and link expert health care providers with those in need.

Since then, Sterling has created genetic apps for the alternative medicine community. She helps people get to the root cause when it comes to diet and environmental factors that impact DNA and teaches practitioners and scientists around the world how to pinpoint pathways that may be compromised in their most difficult patients. Sterling teaches them how to manipulate compromised genetics with nutrition and supplementation.

Sterling has been awarded commendations by the Louisiana Senate for her steadfast commitment in defending the constitutional rights of citizens to make their own fully informed medical decisions and her valorous defense of the health of America’s children.

She has lectured around the world and at Autism One.

Sterling created the first database of its kind in the world showing that excipients, adjuvants and glyphosate contamination in vaccines does cause unhealthy epigenetic expression of DNA. This database is 33,000 lines and growing.

She has also been to Washington DC and spoke at a Congressional Briefing about the dangers of glyphosate and the epigenetic impact on human DNA and was involved in a private meeting with the EPA.

Sterling contributed to a book showing biological processes and metabolic pathways in the human body and how epigenetics plays a role in health.

She is currently attending Legislative sessions when possible, in her state of Louisiana.

Sterling Hill is currently being filmed in a documentary by radicalmedia.com/work. For the past 12 years, Cynthia has been utilizing the principles of functional medicine, clinical nutrition, genetics/nutrigenomics and a comprehensive health history to assist individuals with complex conditions that have been recalcitrant to traditional forms of therapy.

She is also familiar with interpreting medical testing, Genova Diagnostic testing, GI Map testing, Cyrex testing, immune system testing and many others,  and has a wide breadth of knowledge of supplements, herbs, glandulars and the various companies who make and sell them.

She has lectured at Symposiums and has published on the topic of Nutrigenomics.