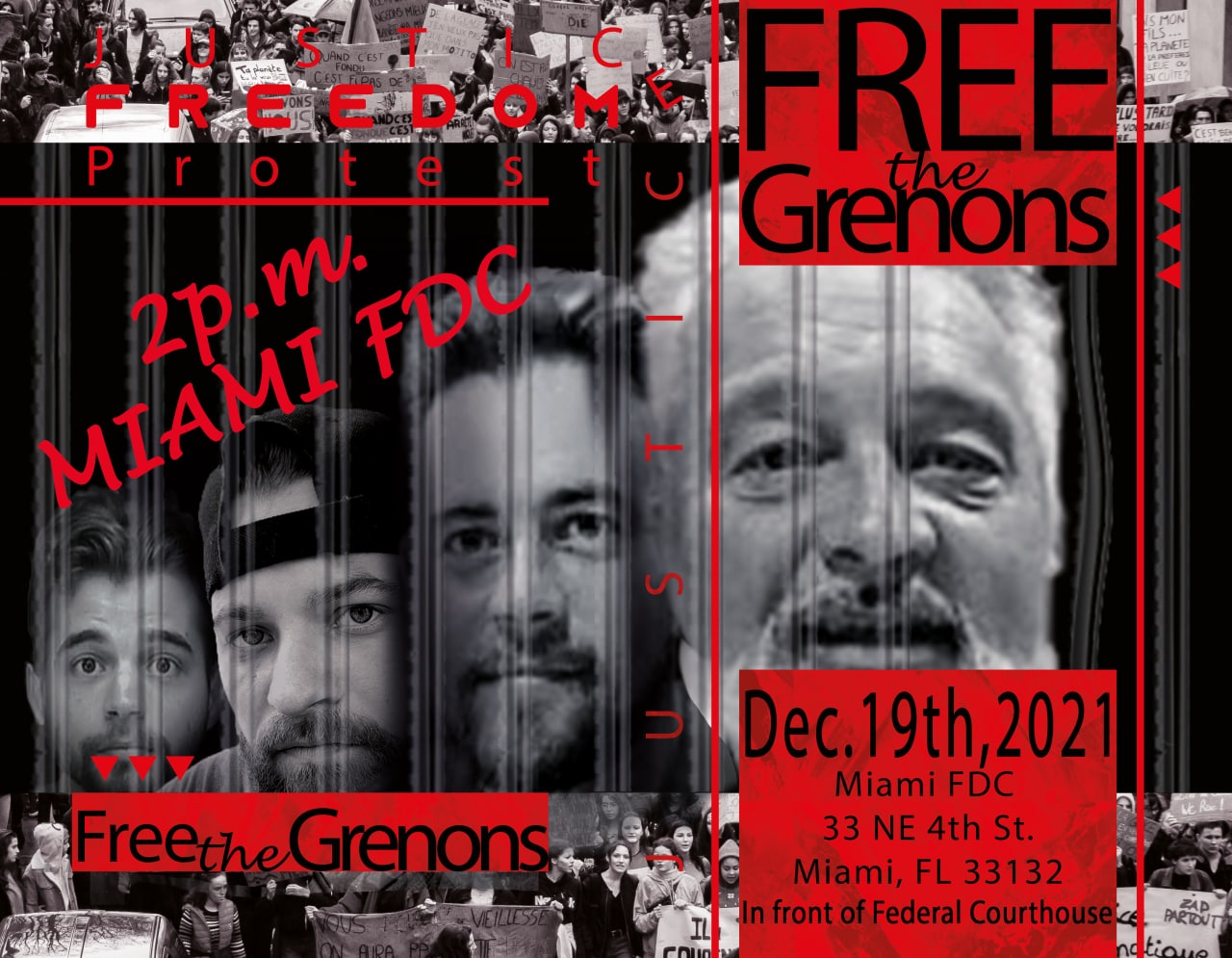 Help Free The Grenons of Genesis II Church! Join the peaceful protest on Dec.19th, 2021 at 2:00 PM in front of the Wilkie D Ferguson Jr. US Courthouse located at 400 North Miami Avenue, Miami, FL

The Grenons have been political prisoners for nearly a year and a half without due process for crimes they haven’t committed. They face complaint charges of “conspiracy to defraud the American people to deliver misbranded drugs” code Title 18:371 and “Criminal contempt”, Title 18:401. But in fact, the true criminals are fake government agencies such as the DOJ, FDA, and CDC, that are complacent in this Plandemic and have violated the family’s legal rights as well as their Constitutional Rights of Freedom of Religion. The U.S Army has used chlorine dioxide against Ebola, gangrene, and anthrax. It’s B.S when they say it’s dangerous!

None of the Grenons have ever been arrested in their lives and have served God as missionaries in three continents. Meanwhile, Anthony Fauci, the Plandemic Impresario with blood on his hands, roams free.

Chief Judge Cecile M. Altonaga upheld the prosecutor’s desire to hold the Grenons at FDC Miami as a “danger to society” even though the Grenons have not caused hurt to anyone whatsoever. In fact, clinical studies show that the recommended Sacramental protocols of the Genesis II Church couldn’t even cause damage to mice! Is the Judge part of the conspiracy when she is by law required to have the persecutors provide indisputable evidence for their accusations?

“Please share this information about our protest where my two sons Jonathan, 36, and Jordan, 27, have been held now for 500 days without a trial, without bail, and without evidence,” says Mark Grenon, 64, who is also in the slammer but in Columbia, with his other son, 34-year-old Joseph.

Jordan and Jonathan are holed up in a windowless building. They have not seen the sun in more than a year, drink contaminated tap water from the sink, live in a moldy cell, and are fed highly processed faux food.

Listen to my chilling call with Jonathan Grenon from jail, where he is only granted seven minutes per hour to make a call.

The Grenons and thousands of others call chlorine dioxide a ‘miracle cure’ while the government calls it toxic bleach. They want you to think the Grenons are advising people to guzzle commercial Clorox bleach, which is actually sodium hypochlorite. MMS is chlorine dioxide (ClO2) and has a different mechanism of action on the body.

“Chlorine dioxide has far different mechanisms of action,” explains influencer Jordan Sather who has written and defended MMS, only to be censored. He will be a keynote speaker at the protest.

Sather writes, “ClO2 kills bacteria, viruses, cancer cells—it will selectively target anaerobic pathogens and kill them through oxidation, an electrical reaction where one chemical steals the electrons of another. Some in the health community may be familiar with the oxidative capacity of food-grade hydrogen peroxide and ozone therapy; chlorine dioxide oxidizes similarly.”

Incidentally, in April 2020, when Trump mentioned a disinfectant to help people against COVID-19, which he was later ridiculed for, many surmised he was referring to chlorine dioxide.

On July 8th, 2020, The Genesis II Church was raided in Bradenton, Florida, and Jonathan and Jordan were arrested in a highly publicized event.

To up the ante on the drama, a news chopper hovered above the house, while television crews filmed dozens of masked law enforcement personnel confiscating barrels of chlorine dioxide.  The house Church was ransacked, and computers, cell phones, and files and documents were taken. Meanwhile, the mainstream media interviewed neighbors who were clueless that a church was making their neighborhood unsafe.

Jordan Grenon was taken from his house soon thereafter.  What was their crime — helping people restore their health with documented testimonies over a span of a decade? How about the right of religious freedom to use chlorine dioxide.

This attack occurred when they started to help people recover from the Coronavirus, and was part of an FDA Operation called Quack Hack.

Bishop Mark S. Grenon and his son Joseph were arrested the following month in South America, where they had been living for nine years helping people and broadcasting a weekly podcast since 2016 called the G2Voice in collaboration with Mike Adams of Natural News.

“The hypocrisy and irony are unnerving,” says Maryam Henein, a censored journalist who was also persecuted under Operation Quack Hack. “Meanwhile, BIG HARMA is making billions while killing people with their experimental gene therapy. They accuse others of what they do themselves.” 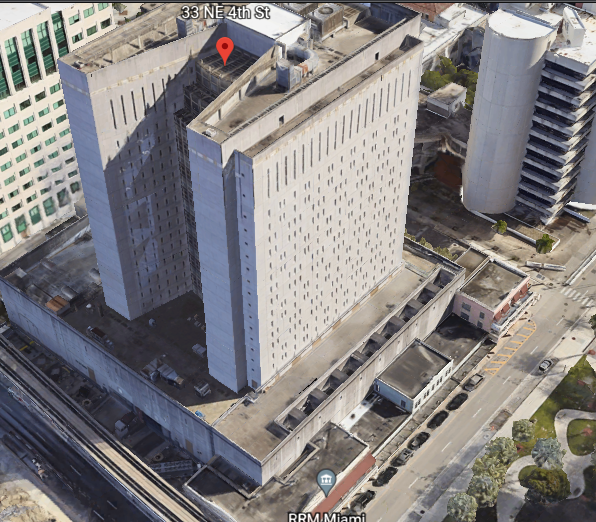 About the Author: Sterling Hill Erdei